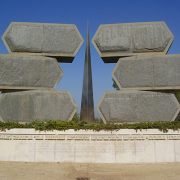 (Part 3 of a 5 Part Series - Scroll down for video and audio podcast.)

Christianity—an offshoot of the Jewish faith, founded by the Jewish Messiah and built on His teachings of forgiveness and love—ironically produced centuries of hatred, persecution, and even murder of the Jewish people. All of this happened despite the apostle Paul’s instructions for believers to honor the Jewish people as the root of our own faith (Romans 11). Something went horribly wrong, and the church failed the Jewish people. Today, however, we have the opportunity to make amends and build a new relationship based on mutual respect.

Christianity did not cause the Holocaust. However, Christian anti-Judaism developed into antisemitism, which paved the way for the Holocaust. The lesson for us today is that we should walk in the compassion and forgiveness of our Lord. If the church had walked in the humility and meekness Jesus taught and modeled, the Holocaust might never have happened.

Evidence of tensions between Judaism and Christianity showed up early in the life of the church and resulted in a complete split by the end of the Bar Kokhba revolt in AD 135. The changing composition of churches throughout the Roman Empire also contributed to the division between the two faiths. Gentiles from pagan backgrounds outnumbered those from a Jewish background. Roman brutality also had ramifications. During periods of persecution of Christians, Jews disassociated from them, and during periods of persecution of Jews the Christians would do the same.

Within this complicated situation, some church fathers began to preach against Judaism and warned their followers to stay away from it. Centuries of this type of teaching developed into a church doctrine of contempt for the Jews, which motivated Christians to persecute them. It also paved the way for state laws that degraded the Jews, sometimes forcing them to live in walled ghettos or be expelled from their country altogether.

This article does not allow space to cover this history thoroughly, but suffice it to say, the state and the state church were both guilty of horrible treatment of the Jewish people.

The Protestant Reformation produced more of the same. Martin Luther is best known for the 95 Theses he nailed to the door of the Wittenberg Castle Church, birthing the Protestant Reformation and a return to the Bible as the source of religious authority. Unfortunately, in his later years, Luther turned bitter toward the Jews. In his writings, Luther outlined specific ways to persecute and degrade the Jewish people, ending with a plea for some solution, “that we all may be free of this insufferable devilish burden—the Jews.”

It is no coincidence that 400 years later, in Luther’s German homeland, Hitler reprinted the reformer’s antisemitic writings for distribution. He used them to coerce churches into silence as he carried out his “final solution”—the extermination of the Jewish race.

After Christian leaders had called the Jews “monstrous animals” and “evil seed,” it is no wonder Nazi cartoons could depict the Jewish people as devils with horns and tails. It was not Hitler who thought up the distinctive yellow-star badge to be worn on their clothing. The idea originated with Innocent, the thirteenth-century pope who called for Jews to be identified by distinctive clothing.

Hitler also used medieval Catholic anti-Jewish legislation as a model for his own. The theological seeds planted centuries earlier had come to full bloom, and the church was silent—most Catholics and Protestants did not withstand Hitler’s plan.

The Need for Humility

This tragic history of Jewish-Christian relations should cause every Christian to seek ways to establish a new relationship with the Jewish people based on mutual respect. We need to repent for this tragic story and strive to make amends.

One way is to stand in solidarity with the Jewish people and support Israel. Likewise, we should condemn all modern forms of antisemitism—namely, the demonization of the Jewish State.

Israel’s founding brought justice to the Jewish people. After almost 2,000 years of exile and ongoing persecution, the Jewish people are back in the land and can now control their own destiny. We need to support their right to self-determination, to defend themselves, and to become the “light to the nations” God has called them to be!

That is why we, as Christians, have a moral obligation to support Israel.