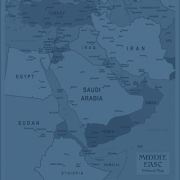 Following the breakthrough in relations between Israel and the United Arab Emirates (UAE) and Bahrain, many are wondering which Arab states might be next to make peace with Israel. US Secretary of State Mike Pompeo recently visited several likely candidates, including Bahrain, Oman, and Morocco. Although he returned home without another diplomatic trophy to help US President Donald Trump’s reelection effort, there is reason to hope that progress will come soon enough.

As we go to press Sudan has announced an interest in normalizing relations with Israel. With the approval of their provisional council, this will solidify an extraordinary change that has been taking place recently as Sudan has moved away from the Iran axis and stopped harboring radical Islamic terror militias on its soil. In return for this overture to Israel they are being removed from the list of terror sponsoring states and will reap financially including debt and sanctions relief.  For Israel the benefit is more symbolic. The home of the famous Arab League Khartom Resolution of 1967, known as the “Three Nos: No peace with Israel, no recognition of Israel, no negotiations with Israel,” is now saying “Yes” to all three.

Oman seems the surest bet as the next Arab nation to join the peace camp. Oman’s rulers were the most vocal in their praise of the deal made by their next-door neighbor. And it has hosted three sitting Israeli prime ministers over recent decades, going back to Yitzhak Rabin and Shimon Peres, and more recently, Benjamin Netanyahu. They also have extensive trade relations and other interactions with Israel. But they are holding back for now, perhaps to see what the UAE gets out of their deal or if Trump will be reelected.

Saudi Arabia is starting to open up more to the world and has developed quiet ties with Israel. But as guardians of Mecca and mainstream Sunni traditions, the ruling family will move slowly on both tracks. Yet interesting changes are taking place. As reflected by Crown Prince Mohammed bin Salman, the younger Saudi generations have access to the internet and are more open to western influences. They can now go see movies, while women are allowed to drive, travel without chaperones, and attend sporting events. There also are signs of warming relations with Israel. For instance, Riyadh is now letting commercial airlines—including El Al—fly over Saudi territory on routes to and from Tel Aviv. But it will take time, and for the present, the Saudis are sticking with their 2002 Arab peace initiative, which requires a Palestinian state before normalization with Israel.

Finally, Secretary Pompeo made a stop in Morocco in hopes of coaxing its monarchy to close a deal with Israel. Morocco was once home to a large Jewish community that contributed much to the country, and that heritage still enjoys some measure of respect there. Morocco has hosted Israeli leaders and shown less hostility toward Israel than most Arab League states. But it also has its share of Islamic rejectionists—like the current prime minister, a member of the Muslim Brotherhood. Some analysts also believe Rabat is conditioning peace with Israel on both Washington and Jerusalem, recognizing its disputed claim to the Western Sahara.

Meantime, Turkey, Iran, and the Palestinians themselves are actively fomenting opposition to the Israel-UAE normalization pact, trying to deter anyone else from concluding a peace accord with the Jewish state.

Progress toward peace between Israel and the Arab world is never easy. But the Trump team has managed a historic breakthrough, and more incremental advances can be expected. But it would take President Trump being returned to office in November for the current diplomatic momentum to be sustained.