Israeli help is on the way to Hurricane Michael victims 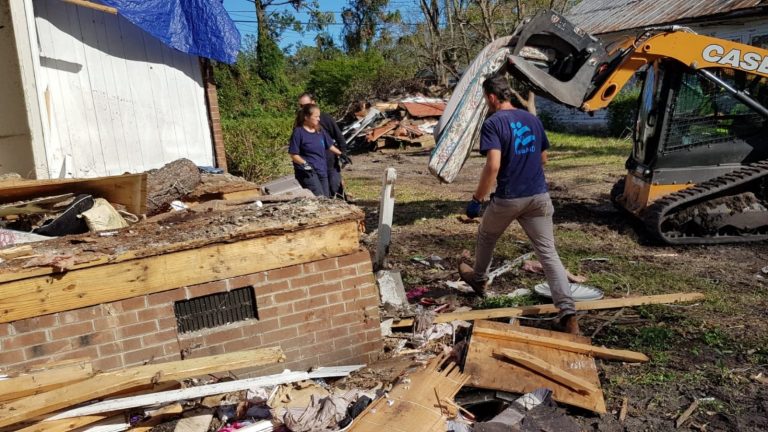 Several people have been killed and thousands evacuated from their homes as the category-four hurricane damaged and destroyed houses, hospitals, roads and water systems across the Florida panhandle.

IsraAID’s team in Florida will collaborate with Team Rubicon, an international disaster response organization founded by US military veterans, to aid the return of survivors of Hurricane Michael to their homes. IsraAID also is working with Team Rubicon in North Carolina to remove debris and restore the homes of people forced to evacuate by Hurricane Florence last month.

American volunteers are being recruited to join the IsraAID effort. Click here for more information.

“This will be the second time in just over a year that we have responded to an emergency in the state, after Hurricane Irma hit last September,” said IsraAID co-CEOs Yotam Polizer and Navonel Glick. “Our team will remain in the area to help people affected by this devastating storm for as long as we are needed.”

IsraAID also has emergency response teams on the ground in the Philippines and Indonesia.

In Houston, the organization is piloting a project to map community vulnerability to future disasters, while in Puerto Rico the team is providing long-term access to safe water and developing community response to the psychological and social impact of Hurricane Maria.

After the initial emergency period ends, IsraAID transitions towards supporting a long-term, sustainable recovery, based on an assessment of need and in partnership with the local community.

As of 2018, IsraAID has responded to crises in 47 countries, and currently has programs in 18 countries.