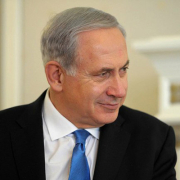 As we enter the new year 2021, Israel is heading to its fourth elections in the past two years. This election will yet again focus on whether to continue under the security and stability the country has known under longtime Prime Minister Benjamin Netanyahu or finally move on to a new national leader. The campaign is still in its early stages, and several factors could tip the scales one way or another, including Israel’s coronavirus vaccination effort, Netanyahu’s pending trial, the Iranian threat, and the approach of the new Biden administration to the Israeli-Palestinian dispute and especially to Tehran.

The election is slated for March 23, and various parties are still jockeying to see who has the best chance to unseat Netanyahu, which remains a tall task. Netanyahu is widely known as “Mr. Security” here in Israel, and even the Blue & White alignment featuring three former IDF chiefs-of-staff could not dent that reputation in the last election.

He also has performed extremely well on economic affairs, championing free markets, and successfully promoting Israel as the Start-Up Nation. Netanyahu has shown incredible diplomatic skills that have elevated him to the status of a Western statesman. And he has enjoyed unprecedented longevity in office by his mastering of the game of domestic Israeli politics.

But Netanyahu is also seen by many as too focused on his own political survival, while his family is viewed as leading a privileged lifestyle. Taking advantage of the three-pronged corruption scandal now facing Netanyahu, the “Black Flag” protest movement has been holding boisterous demonstrations outside his official residence for months on end—and even stirred similar protests in other nations.

While he is preparing for that trial, which could begin before the March 23 balloting, Netanyahu also continues to build on what may be his most lasting legacy: the Abraham Accords. Indeed, the recent peace and normalization deals with several Sunni Arab states is a historic diplomatic breakthrough for Israel and the region.

His main rivals in this election are not from the Left or the military but from his own Right flank. Both Naftali Bennett of Yamina and Gideon Sa’ar of the fledgling “New Hope” faction were close associates of Netanyahu within Likud. They have since parted ways and now present the biggest threat to toppling the five-time premier. They do not disagree so much with his policies but are banking on Israelis wearying of his personality.

Meantime, Benny Gantz of Blue & White lost public support when he broke his promise not to sit in a government with Netanyahu, even though it was for the good of the nation during a global pandemic. His old partners, Yair Lapid of Yesh Atid and Moshe Yaalon of Telem, have yet to broaden their support base enough to challenge for the top seat of power. And Gabi Ashkenazi has done well in his short stint as foreign minister but is currently still weighing his options.

As the campaign heats up, Netanyahu will tout his ambitious plan for Israel to lead the world in the race for mass coronavirus vaccinations. And he will certainly explore whether more Arab nations are open to peace with the Jewish state—a breakthrough made possible by US President Donald Trump.

Trump may not be there this time to deliver Netanyahu some election-eve gifts, such as his well-timed recognition of Israeli sovereignty on the Golan Heights. Instead, the Biden administration could seek to impact the election by unnerving Israeli voters about Netanyahu being a liability to closer US-Israeli relations. Yet they could easily drive just enough Israelis into Bibi’s arms to return him to power, should Biden’s team come out too strongly against the settlements or too easy on Iran. After all, there is something to be said for security and stability in these very turbulent times.