How the Church Failed the Jewish People 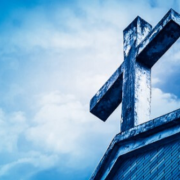 It is a part of fallen human nature to need a scapegoat. Human beings tend to look for someone else to blame for their problems, someone to look down upon so they feel better about themselves. It’s easier to hold grudges and even take revenge than to forgive and demonstrate the very compassion we preach.

This is true of the history of the church and its posture toward the Jewish people. Soon after its inception, the church fell prey to Satan’s lure and embraced the idea that the Jewish people were cursed by God and deserving of maltreatment for the crucifixion of Jesus.

Anti-Jewish thought soon permeated the theology of early Christian leaders such as Justin Martyr (185–254 AD), Origen of Alexandria (185–254 AD), and Tertullian (160–225 AD). Saint John Chrysostom (349–407 AD), one of the most eloquent preachers of truth and love (whose very name meant “golden-mouthed”), said of the Jewish people, “God hates you.”

Centuries of anti-Jewish rhetoric had become embedded in church doctrine and gave Christians ample reason to hate the Jews. Their children were kidnapped and baptized to save them from hell.  They were rounded up and beaten as a highlight of Easter celebrations, since they deserved it as murderers of the Lord.

Anti-Jewish theology then paved the way for degrading laws against the Jews in the Middle Ages. They were eventually forced to live in walled ghettos or expelled from their country.

Unfortunately, in his later years, Luther turned bitter toward the Jews and in his writings outlined specific ways to persecute and degrade the Jewish people ending with a plea for some solution “that we all may be free of this insufferable devilish burden—the Jews.”

It is no coincidence that 400 years later, in Luther’s Germany, Hitler came up with his solution for “the Jewish problem.” Hitler reprinted Martin Luther’s anti-Semitic writings for distribution and leaned heavily on one of Luther’s works, On the Jews and Their Lies, to create his own “solution” when crafting his autobiographical manifesto Mein Kampf.

After Christian leaders known for love and charity had called the Jews “monstrous animals” and “evil seed,” it is no wonder Nazi cartoons could depict them as devils with horns and tails. It was not Hitler who thought up the distinctive yellow-star badge to be worn on their clothing like lepers, but thirteenth-century Pope Innocent who called for Jews to be identified by distinctive clothing pieces.

Hitler also used medieval Catholic anti-Jewish legislation as a model for his own. Eventually, this outright evil, anti-Jewish sentiment manifested in the Holocaust. And the church was silent—neither the Catholics nor the Protestants withstood him.

The Need for Humility

Ironically, the Christian religion—an offshoot of Judaism, founded by the Jewish Messiah, and built on teachings of forgiveness and love—was the devil’s tool to bring hatred, persecution, and even murder of the Jewish people. This in spite of the apostle Paul’s instruction to believers to honor the Jewish people (Romans 11:28–29) and Jesus’ teaching that salvation comes from them (John 4:22). Something went horribly wrong.

To be clear, Christianity did not cause the Holocaust. But Christian anti-Judaism, which led to anti-Semitism—history’s oldest hatred—made the Holocaust possible.

The lesson for us today is to be careful of the seeds we plant. As Christians, we should walk in the compassion and forgiveness of our Lord. If the church had walked in the humility and meekness Jesus modeled and taught, the Holocaust might never have happened.

No matter what brand of Christian we are, we must be on guard about the human tendency to find someone else to blame—someone to look down upon—and the tendency to walk in blind self-righteousness. May we instead learn to walk in the compassion and humility of our Lord.

- by Susan Michael, ICEJ US Director (www.icejusa.org), creator of Israel Answers and the American Christian Leaders for Israel (ACLI) network